DISTRICT GRAND LODGE OF THE BAHAMAS 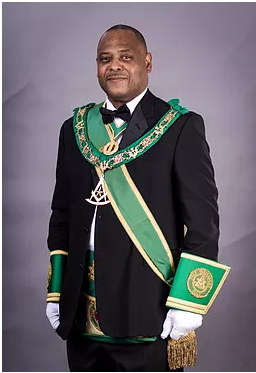 I wish to welcome you to our website. It is designed to be a source of information, history and updates on developments and activities in the District and in its Lodges.

As an introduction, I am delighted to share an abridged version of our history in what was then called ‘the Bahama islands’ and which is now identified as the Commonwealth of the Bahamas, or The Bahamas.

The Grand Lodge of Scotland records that a Charter was granted to Turks Island Lodge No. 275 on May 5, 1806. It was located in Grand Turk, which was a part of the Bahama Islands at that time. However, it was declared dormant in 1848.

A Charter was granted to Union Lodge No. 298 on November 6, 1809 by the Grand Lodge of Scotland and was situated at the City of Nassau. This Lodge was declared dormant in 1892, reopened in 1917 and declared dormant once again in 1923.

Lodge St. John (No known number was given for this Lodge) received its Charter on March 3, 1856 and was located in Matthew Town on the island of Inagua, which was a major trading post at the time. It became dormant around 1881.

Scottish Freemasonry laid dormant with the closing of Union Lodge in 1923 until 1967. With the assistance of the District Grand Lodge of Jamaica, a new Lodge, termed Lodge St. Michael No. 1634 was consecrated in 1967 with Brother Dr. Claudius R. Walker as its Right Worshipful Master. Today, there are eleven (11) Scottish Lodges in The Bahamas and Freemasonry is practiced on the islands of New Providence (Nassau); Grand Bahama (Freeport); Eleuthera (Governor’s Harbour); Andros (Nicholl’s Town); and Abaco (Marsh Harbour) and is vibrant.

I am humbled to be the Seventh(7th) District Grand Master and to serve the District at this time. I stand on the shoulders of great Freemasons who have likewise served with distinction. There is much work ongoing and to be achieved.